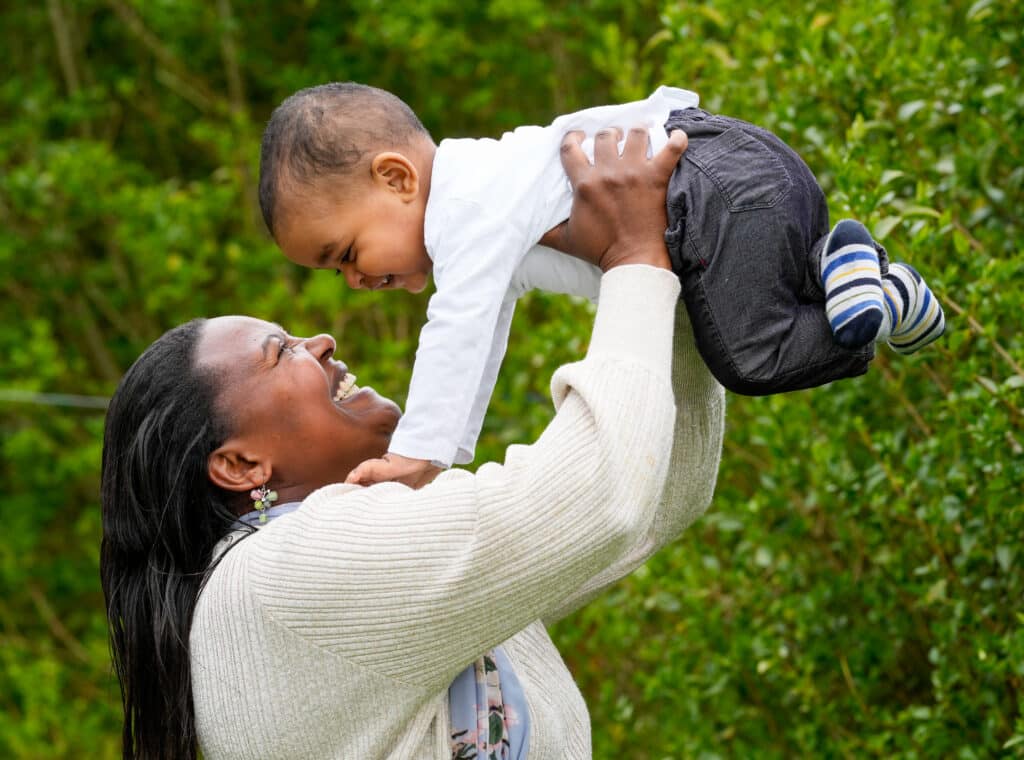 Mary was supported by Amma during pregnancy and birth. Here, she shares with us her experience of having a birth companion at the height of lockdown.

I was introduced to Amma by my midwife. She thought I needed someone I could talk to. I had never heard of Amma, but she made contact on my behalf.

Soon after that I was introduced to my birth companion. She visited me often — even during lockdown. Every time I wanted to talk to someone, she was there to help lift me up. She gave me all the information I needed to know about the birth. She explained everything I needed to know and told me it was up to me to make my own choices.
I required frequent scans during pregnancy because of underlying health issues. During lockdown — when people were advised to avoid public transport — Amma provided me with taxis to and from the hospital for every scan.
I was being induced so knew ahead of time when I would need to go to the hospital. I felt so anxious, so it helped to have my birth companion checking in on me in the run up to my induction date.
We went together to the hospital. It was great to know someone was there for me, caring for me like a mother for her child. I loved it. Nobody has ever treated me like that before. I didn’t feel at all like she was at work or volunteering — she was like my family.
Because of lockdown, my birth companion couldn’t be with me for the whole induction. But she kept checking in with me. They called her when it was time and she appeared like magic. She came in and she was by my side when I had my baby. She spoke all the encouraging words you can think of, she played music, she gave me a massage. Everything that was done was my decision — she helped me understand my options and I decided. 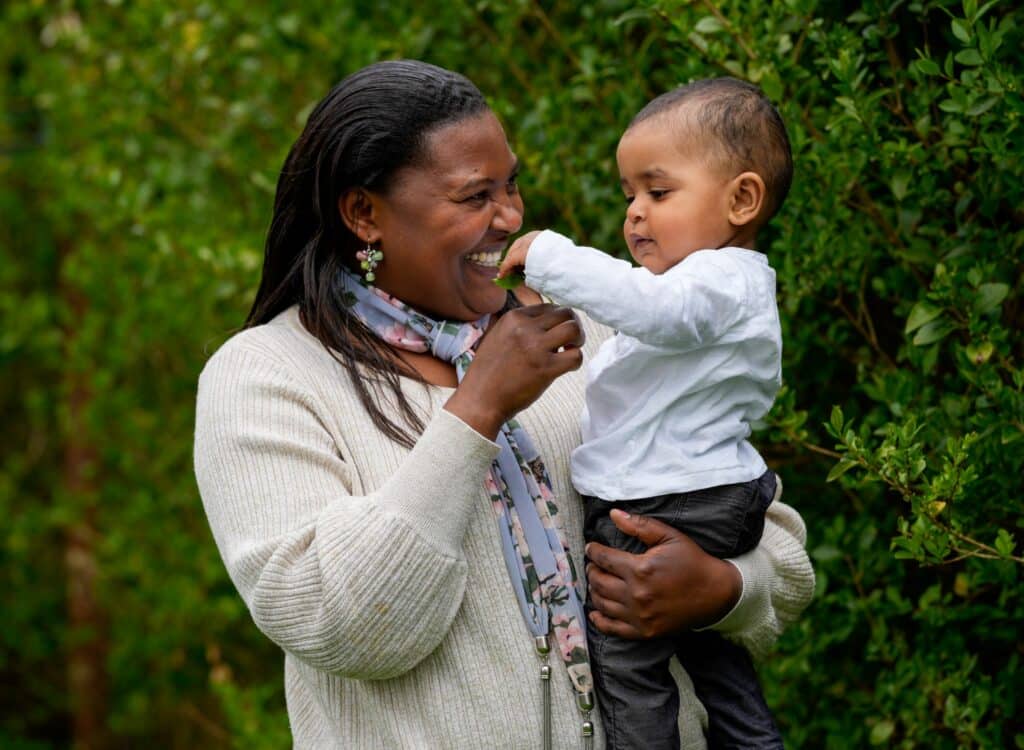 "She took my pain and held it for me"

She tried to distract me from the pain by telling me jokes and playing music. Initially, I wanted an epidural, but I forgot to ask. In the end, my birth companion distracted me so much from the pain that I didn’t even need it!
When the baby was coming, she just kept reminding me, “Imagine what your baby will be like, he’s nearly here”. I grabbed her arm, and I must have hurt her, but she didn’t say anything. She took my pain and she held it for me.
She took pictures and a video just after the baby was born. She washed me. We were together all the way through. She asked me if I needed help and she reassured me. She was like a sister. I feel like it was not a coincidence that we met.
After I had the baby, she kept in touch, calling the ward, asking how I was, how the baby was doing. I spent three days in hospital afterwards and she brought food for me. She picked me up and brought me home. I felt like I really had someone.
Every birth is different. I have had two babies before but this one was more painful. I was so lucky that I had a companion. I don’t know how it would have been if I’d been alone. Even before I had the baby, during the appointments, in lockdown, with children — I always ask myself, “How would I have managed, what would I have done?”
I think this is something that should be introduced to every part of every country. It’s so important to have someone by your side. You don’t realise how important it is until you go through it. When I look back — two children, pregnant, nobody to talk to, moods up and down — I’m not so sure I would have survived without Amma. The love Amma is giving… you can’t equate it to money. Someone being there for you in that way imprints on you for life. 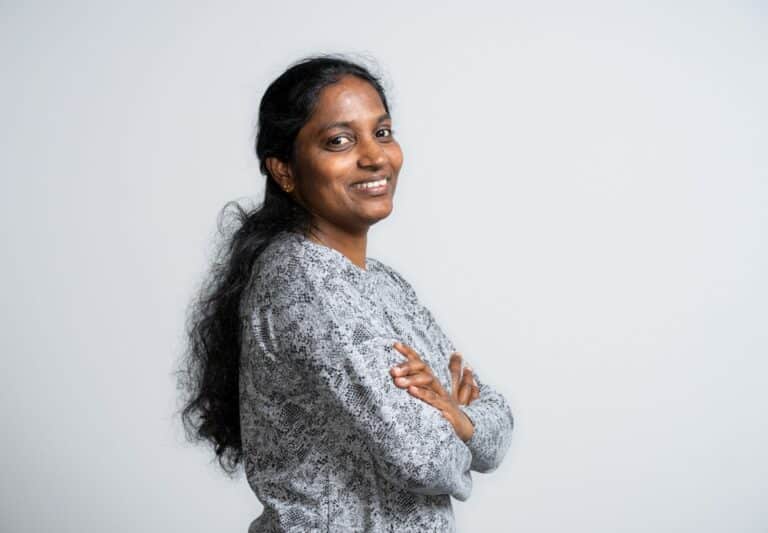 When Angelina Edwin arrived in Glasgow from Sri Lanka, she didn’t know that her experience would see her support new parents as they found their own feet in a new country. 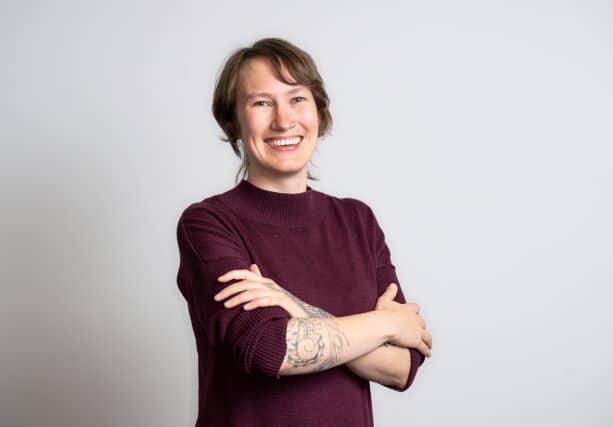 When Morag Riddet discovered Amma, she knew immediately it was an organisation she wanted to be part of. But having missed the first intake of volunteers, the doula, massage therapist and yoga teacher had to wait patiently before coming on board. 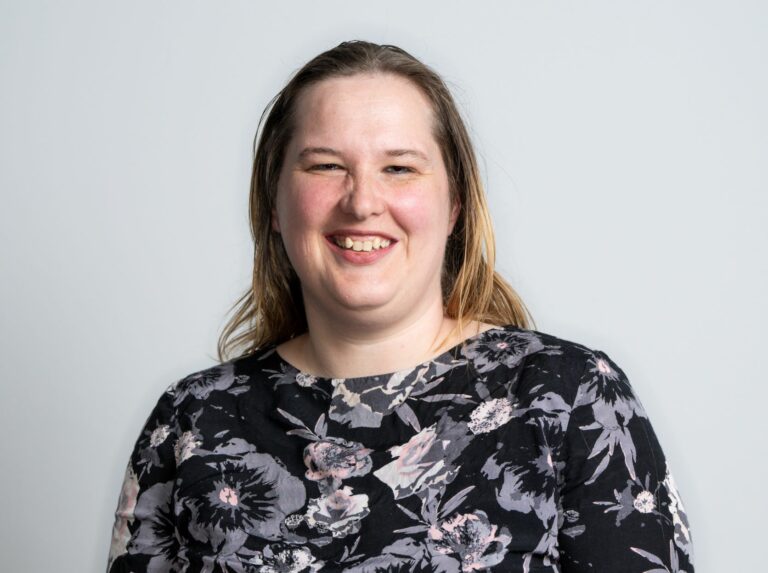 A “random” application for an Amma volunteer post through a Glasgow-wide website for volunteering opportunities turned out to be one of the “best decisions ever” for mum-of-one Gemma Dool.